Kristin graduated with a Bachelors of Health Sciences in Physiotherapy from McMaster University with honours in 1999. She then returned to Guelph, a city of which she had always been fond, since completing her honours Bachelor of Science in Human Kinetics at the University of Guelph in 1994. Kristin has worked as a Registered Physiotherapist for Eramosa Physiotherapy Associates (EPA) for the past 18 years, and also been the Clinic Manager/Partner for for the last 13 years. Through her dedication to ongoing education, she has expanded her post graduate orthopaedic knowledge by successfully completing her Diploma of Intermediate Manual and Manipulative Therapy in 2002 and her Diploma of Advanced Manual and Manipulative Therapy in 2004. In 2009 Kristin completed her Master’s of Clinical Science in Manipulation at the University of Western Ontario with research including the development of a systematic review of pre-operative physiotherapy on total knee and hip arthroplasty. Her interest in women’s health and evidence based practice lead to the development of EPA’s Post Breast Cancer Program, which has had rave reviews from physicians and patients alike in how it individually addresses the needs of those who have had mastectomies/lumpectomies with the goal of returning to previous activity. Her commitment to professional development has lead to her involvement as a Professional Associate within McMaster’s Physiotherapy Programme where she teaches orthopaedic clinical skills annually to the master’s students enrolled. Kristin is also credentialing as a Co-Instructor within the Canadian Physiotherapy Association’s post-graduate manual therapy system and is a mentor to physiotherapists preparing for their Intermediate and Advanced examinations. She also assisted in development of and teaches in the University of Guelph’s new fourth year “Anatomy in Motion” seminar class and has been a guest lecturer in the fourth year Clinical Biomechanics class. Kristin continues to have a strong interest in orthopaedics, including the spine, shoulder and knee however also stays up to date with current changes in practice regarding treatment for women post breast cancer.

519 767 1221519 767 1221
http://www.eastviewphysiotherapy.com/
Graduate of the University of Western Ontario in 1995. Have worked in the USA and Canada in acute...
Clinic Name
Eastview Physiotherapy
Gender
Male 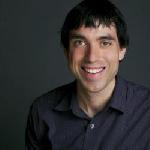 519 767 5011519 767 5011
blyons@uoguelph.ca
http://www.uoguelph.ca/hpc
Brett is a graduate of the University of Western Ontario with over 16 years experience in the fie...
Clinic Name
Health and Performance Centre Physiotherapy

519 766 7774519 766 7774
stephcherry@hotmail.com
www.guelphphysiotherapy.com
Stephanie graduated from the University of Waterloo with an Honours degree in Kinesiology. She t...
Clinic Name
Manual Concepts Physiotherapy